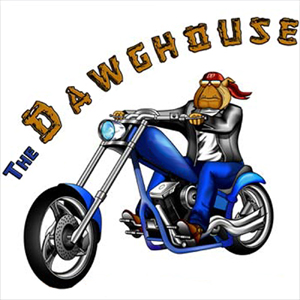 The Fort Collins, Colorado Police Department is testing Brammo electrics bikes to see if they’d work in their fleet.

A veteran-founded nonprofit that connects troubled soldiers with independent counseling services kicked off a 5,000-mile motorcycle ride in Tacoma, Washington on Friday, hoping to raise awareness about military suicides and drum up support at Army installations.

The Las Vegas Bikefest is underway…but since Ken wasn’t invited and no one took him he’s sulking.

Actor Johnny Lewis who played the prospect Kip “Half-Sack” Epps on Sons of Anarchy died in a strange murder/suicide/accident incident.

Harley Davidson celebrated the training of their 300,000th rider in their Rider’s Edge program this week.

Kenny Kelley, founder of the Adrenaline Crew joins us in studio to chat about what’s going on with the crew and yack about AC’s adventures.

The MotoGP World Championship moved on to Aragon this week. Moto2 proved once against that it’s the most exciting racing in the world. Marquez showed that his worst qualifying of the season wasn’t enough to slow him down and it took just a handful of laps for him to overtake pole sitter and early leader Simone Corsi. The last 10 laps were amazing as Pol Espargaro, Crazy Joe Iannone and Marquez traded positions. The final four laps were a dramatic battle between Iannone and Marquez in some of the best racing of the season but allowed Espargaro to hang on to the lead and take the win. Marquez pulled out a second but in a final lap move Scott Redding got past Iannone to take the final position on the podium.

MotoGP moved on to Aragon this week and Dani Pedrosa was ready after his miserable results at Misano. After following Jorge Lorenzo for the first third of the race he passed Jorge and never looked back winning by his largest margin ever. Lorenzo settled for a safe points second. The real race was between Spies, Crutchlow and Dovisioso. Dovisioso cinched the final podium position in the final lap. Nicky Hayden had one of the worst get-offs of the season, hitting the air-wall and flipping over. Video of the wreck is included in the post.

The DawgHouse Motorcycle Racing #648: Ken’s out of date news

The DawgHouse Motorcycle Racing #647: World Superbike Results are IN and the winner is….

The DawgHouse Motorcycle Racing #645: MotoGP and where is Rossi going for next season?