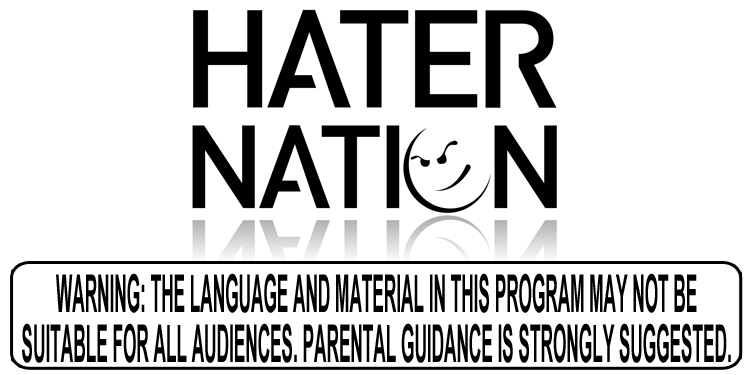 The guys school MC on the legend of the BunnyMan

Hip Hop Entrepreneur Artis (@jqjbeezy) of Beautiful Noize Entertainment (http://www.beautifulnoizeent.com/) called in to talk about his hometown of East Orange, New Jersey, his career and his opinions on the state of hip hop.

Diane Yang, Industrial Designer and cast member of SyFy‘s Robot Combat League talks about the show, controlling giant robots and her infatuation with The Rock

John Kirk researcher and cryptozoologist with the British Columbia Scientific Cryptozoology Club calls in to share some fascinating stories about his quest for the reported dinosaur Mokele Mbembe, the Cadborosauras and mainstream entertainment’s take on cryptozoology

Know What I Hate ends the show: Being forgetful, odd tourist habits, packed restaurants and women who don’t appreciate a door holder

The #boobment tournament has begun! 1st round match-ups are below. Select your winners and send them to dearhaternation@gmail.com. Lucky participant will win a show shirt, wrist band and a $25 gift card (you can enter as many times as you want). Winning site will win $100 from Bloomers Boutique in Alexandria, VA and a $100 gift card from The HaterNation. FIRST ROUND VOTING ENDS MARCH 20. Click the link below to view the entire bracket!

The Marvelous Ones 233: Obi Wan must not be found!

The Marvelous Ones 225: Picard — I Hope I Don’t See it Coming

The Marvelous Ones 225: Picard the queen is dead, maybe.

The Marvelous Ones 223: Resident Alien Wraps Up